A brief history of Somerstock and the Somerton Music & Arts Festival

The Festival was born from an idea by John Mitchell (Manager of Lloyds Bank at the time) at a meeting of the Somerton Business & Trade Association in 1986, and from there a first meeting was held in the Red Lion Hotel with Anne Doman (who is now our Honorary President) chairing the meeting and the then Somerton Business & Trade Association secretary Liz Laker (who is now Honorary Vice President) taking the minutes and so an organising committee was set up under the chairmanship of Anne Doman.

We get the impression from reading that first programme of just 36 pages, that it had involved much more work than anyone had imagined (nothing much changes there, then!) The first event was held in 1988 and lasted from Friday until the following Thursday in mid-June, and included a Market Fair every day except Sunday (when there was a Family Entertainment day), a small Art Exhibition and a talk by the author Robin Bush. The main musical events were Georgie Fame & the Blue Flames and The Strawbs. In 1989, the chairmanship passed to Jon Sackett, who is another of our Directors, and Ian Laker joined the committee, and took over as chairman in 1990. 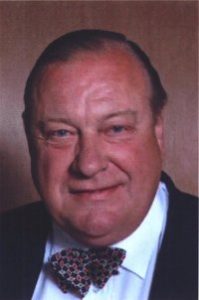 These first years saw a shorter Festival, being restricted to 4 or 5 days, but still with a similar format and for the first time including a Somerton Walk led by Alan Locke, a Superbrain Quiz, musical contribution from Kenny Ball and his Jazzmen, and a cabaret show featuring Fred Wedlock. From then the Festival settled into its regular second week in July spot (actually, starting on the Friday before the second Saturday of the month), running for 8 or 9 days.

In 1994, in order to encourage prior purchase of tickets, after a couple of sell-out events in the previous year, the 10% discount voucher was introduced, which has since evolved into the Early Bird ticket. In 1999 for the first time the programme cover had a photograph instead of the plain cover of before. In 2007 for the first time, many of the photographs of artistes were in colour, much to the chagrin of some of our advertisers who wanted colour adverts, so in 2008 the first all-colour Festival Programme was produced.

Of course, in the early days, the Red Lion ballroom was the major venue for big events, but unfortunately that closed after most of the acts for 1995 had been arranged, so there was a bit of a scramble for venues! The following year a marquee was set up at the Somerton Hotel but that ran into problems in 2000. So it was back to smaller venues – mostly skittle alleys and function rooms in the local pubs – until the bold decision was taken to put a marquee at the Somerton Sports Club in 2006 – expensive, but it’s turned out well! Some of the most popular acts to be seen in the marquee in recent years have been The Firebirds, The Great Pretender A Tribute to Queen, Jet Harris with Billie Davis, Complete Madness, Hermans Hermits and Chas and Dave to name a few

St Michael and All Angels parish church has been the host to many events over the years. Apart from the Summer Celebration, usually the first Sunday of Festival, we’ve seen Welsh choirs (including two of the most famous – Cwmbach Male Choir and Treorchy Male Choir, various classical events including the York Waits and Sorrentino String Quartet and of course our own Somerton Festival Band, which was started with a donation from the Festival in 1995.

Looking back at advertisers in the programme reveals several notable things. Firstly, in 1988 we had 40 advertisers from local businesses – probably wondering if they’d spent money wisely! Nowadays, we have many more advertisers in a programme. Secondly can be seen some of the businesses which sadly are no longer with us – Watts Radio, Somerton Book Centre, Longmires and Somerton Service Garage to name a few. Thirdly, there are three businesses that have advertised in every one of the first twenty five programmes – Bridges Holland Accountants, AH & RA Holland Motor Engineers and MJ Carpets – there’s loyalty for you!

There are so many people over the years that have contributed to the success of the Festival – the initial idea from the Somerton Business and Trade Association, the many local businesses who have advertised in the programme and sponsored events, the (literally) hundreds of committee members and helpers who have given their time freely for absolutely no reward, and a special thanks to Ian Laker of the London Cigarette Card Co who kindly allowed the use the shop as a ticket office from 1991 to 2010 and Neil Taylor of Overt Locke from 2011 to the present day. Finally, though, thanks go to you – the people of Somerton and the surrounding area – who have supported the Festival for all these years.

Previous Souvenir Programme covers with the chairman for that year