Local organisations have reaped the benefit of another successful Somerton festival, despite the challenges of a global pandemic and some sub-tropical weather.

The organisers of the Somerton Music & Arts Festival have donated £450 to the Somerton Recreation Ground Trust from the profits raised at its Somerstock music festival. This comes after a previous donation of £500 to St Margaret’s Hospice from money raised at the same event.

Presenting the cheque to David Osmond, chair of the Trust, Festival Chairman Cliff (Fred) Bassett said ‘We are delighted to be able to make these donations, especially after such a difficult year.  This has only been possible through the hard work of our committee and volunteers who all give their time for free and, of course, the support of the Somerton community who turned out in great numbers’.

Plans are already underway for the 2022 festival, kicking off with an Art and Photography Exhibition in May followed the July festival week with events throughout the town, and culminating on the 9th July with Somerstock, Somerton’s own family-friendly music festival.

“We have a great headline act in the pipeline for Somerstock” added Fred. “We’ll be making an announcement very soon so keep an eye on our website and social media channels.” 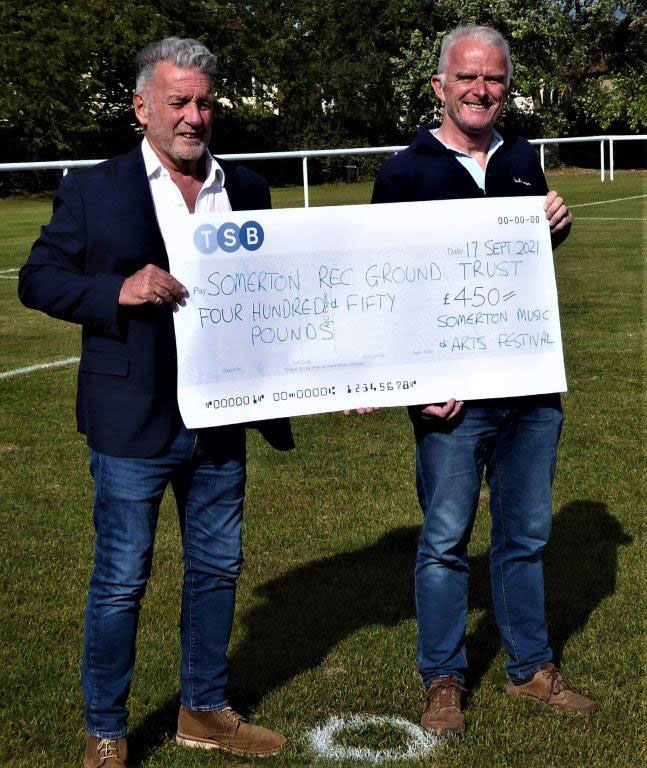 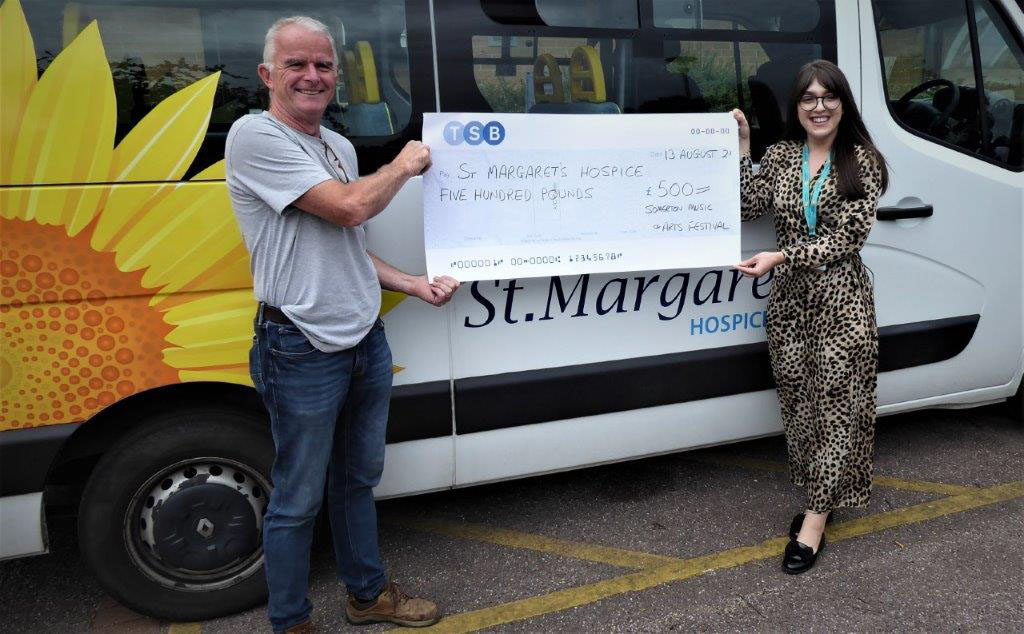 Want to join the discussion?
Feel free to contribute!

Air Ambulance selected as Partner Charity for 2022
Scroll to top